Beliris, a federal administration that emerged from the cooperation agreement of 15 September 1993 between Belgium's federal government and the Brussels-Capital Region, has the task of promoting Brussels' influence as a capital city. The projects that Beliris is involved in are carried out in partnership with, among others, the Region, the Brussels Intercommunal Transport Company (STIB/MIVB) and the municipalities.

This administration, with more than 100 members of staff, offers the city a wealth of expertise. Engineers, architects, lawyers, construction-site inspectors, accountants, PR experts and other support staff work on the various projects covered by the cooperation agreement. Beliris carries out projects (construction, renovation/refurbishment or restoration) in a wide range of areas, including mobility, culture, heritage, social housing, neighbourhood renewal and green spaces.

Having previously been a party to the cooperation agreement since 2017, Sophie Wilmès became the Chairman of the Cooperation Committee on 1 December 2019. This body, comprising six members of the Brussels-Capital Region's government and six ministers from the federal government, decides – in the form of a series of amendments – what projects will be financed, in full or in part, by the cooperation agreement, and what budgetary resources will be earmarked for them. Beliris is currently implementing the projects provided for in the 13 amendments to the Cooperation Agreement there have been so far. Amendment No. 14 is in preparation.

Each year, the federal government sets aside €125 million of its budget for Beliris, funds which are then allocated to individual projects.

Beliris, either alone or in conjunction with others, oversaw the implementation of the following projects:

Further information about Beliris and the various projects can be found on its website: www.beliris.be. 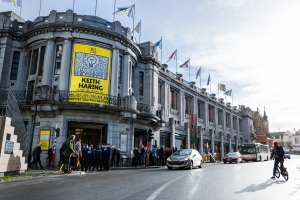